It's Better at the Top: The Psychology of Inbox Priority

People are hardwired to act habitually. Neuroscientists have traced our habit-based behaviors to a separate part of the brain from where decisions are made. As soon as a behavior becomes habitual, the decision-making part of the brain goes on pause.

Email Habits are Hard to Break

It turns out that the habits we form using our email inboxes fall into the same category as other habits — we're very predictable in the way we use email. Researchers from Yahoo Labs and Cornell University examined 16 billion messages sent by two million people over the course of several months and found that people tend to use email in the same way over time.

A few people are "inbox zero" folks who somehow manage to get through at least the majority of their inboxes every day. The rest of us (the majority) start at the top and work our way down until we move on to something else. Sales and marketing professionals have to realize that their customers and prospects probably fall into the majority.

A couple of years ago, I had a prospect who was tough to get a response from. I sent several emails to him and almost gave up, but he finally responded. After he became a client, I realized I still had the same problem — he just wouldn't respond to half of my emails. One day when we were meeting over lunch, I finally asked him why he didn't respond to so many emails. He laughed and said, "Mike, I don't even see any emails that come in after 11:00 in the morning."

A benchmark study by Experian found that there is no "optimal" send time for email. Different industries and different categories of people within those industries all have different email habits. Our own observations with Seventh Sense show the same thing — email habits are personal and vary widely from individual to individual. What affects open rate the most isn't the time of day, but where the email falls within the inbox at the time the person sits down to work on email.

Your Subscribers Inboxes Are Overwhelmed

A friend of mine who is a Fortune 500 executive told me he gets over 600 emails a day! Going further, he only sees about 10% of his inbox each day, and only responds to about 7% of those. If you don't catch him during the first 15 minutes of the time he's checking emails, he doesn't see your email.

The lifespan of an email is incredibly short. Yesware research shows that most emails are replied to within three hours, or not at all. If you want to make sure your prospect sees your email, you've got to send it when they are ready to respond.

To Get a Response From Steve Jobs, You Had to Be Interesting and Timely

Steve Jobs was notorious for his replies to emails. His responses were sometimes not what the writers wanted to hear, however on a regular basis, he did actually reply to customers. He didn't respond to many, only when they hit his inbox at the right time and caught his interest. The trick to getting a response from Jobs was to be interesting and timely.

Most executives' inboxes are unconquerable. According to research by The Radicati Group, the average business person receives and sends 122 emails per day. C-level executives receive 3-6 times that number. The majority just don't have the time or ability to read all of their emails, much less respond to them all.

Because people naturally start working on email at the top of their inboxes, there's a distinct psychological advantage to being at the top. If you want your prospects and customers to read your emails and respond (at least in a timely manner), you've got to be at the right place at the right time.

Seventh Sense’s Send Time Optimization helps marketers and sales professionals gain the competitive edge by landing on top of your contacts’ email inboxes at the time they are most likely to check their inboxes.

AI is used to analyze your historic data and identify the time's contacts are engaging with your emails. Based on the results, the system then personalizes the delivery time of each email in your campaign to ensure the highest chance of being seen and opened by the individual subscriber. Want to make sure you’re at the top of your subscribers’ email inboxes and increase your email ROI? Book a consultation now. 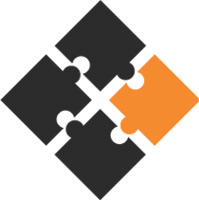